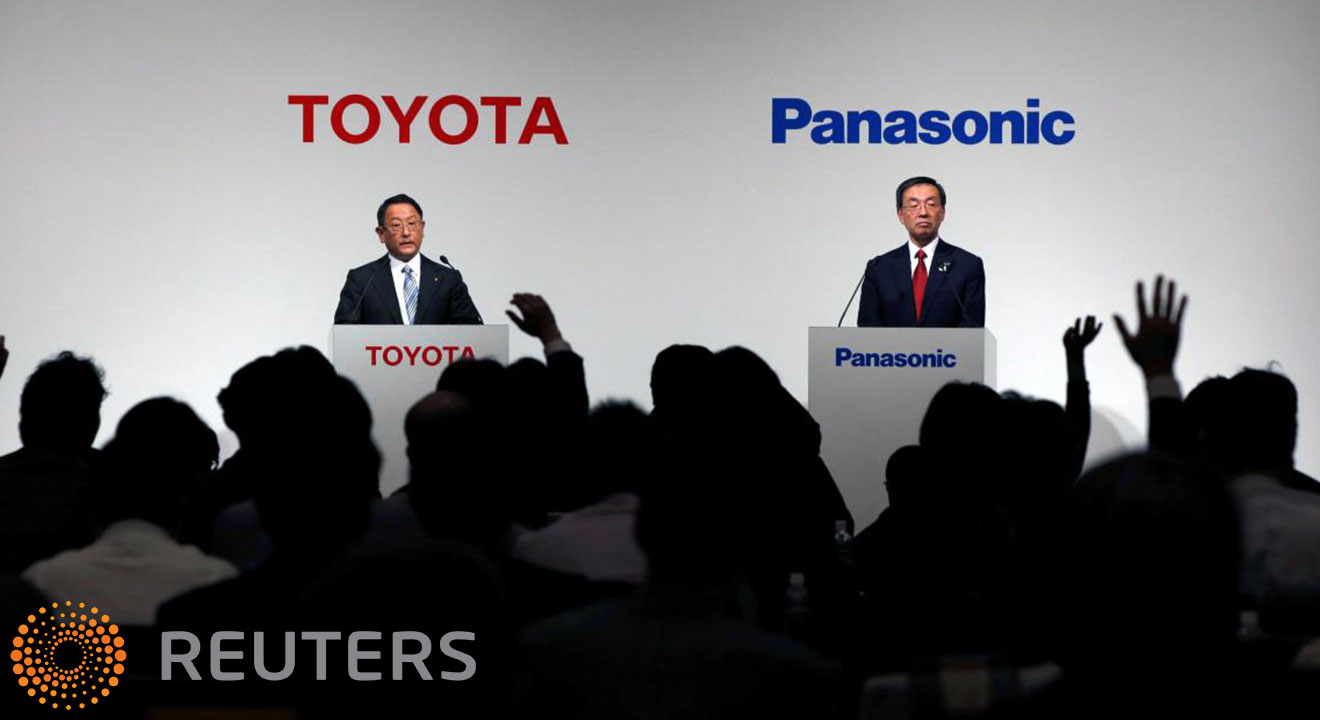 Toyota Motor Corp (7203.T) and Panasonic Corp (6752.T) are set to launch a joint venture next year to produce batteries for electric vehicles (EV) in an effort to compete with Chinese rivals, a source familiar with the matter said.

The joint venture, to be owned 51 percent by Toyota and the rest by Panasonic, could also provide batteries to Toyota’s EV technology partners Mazda Corp (7261.T) and Subaru Corp (7270.T), the source said on Sunday.

The source declined to be identified because the talks on the joint venture are private.

A joint venture would build on the agreement that the pair announced in late 2017 on joint development of batteries with higher energy density in a prismatic cell arrangement.

A Toyota spokesman said the two companies have been working on the battery partnership announced in 2017 and declined to comment further. Panasonic made the same comment in a statement.

The two companies may announce the joint venture plan as early as this week, according to the source.

The battery joint venture will help Toyota achieve an annual sales target of around 1 million zero-emission battery EVs and fuel-cell vehicles by 2030.

It will also give Panasonic cost and scale advantages in battery production at a time when China’s Contemporary Amperex Technology (300750.SZ) has grown to be on par with the long-time industry leader on the back of the rapidly growing home market.