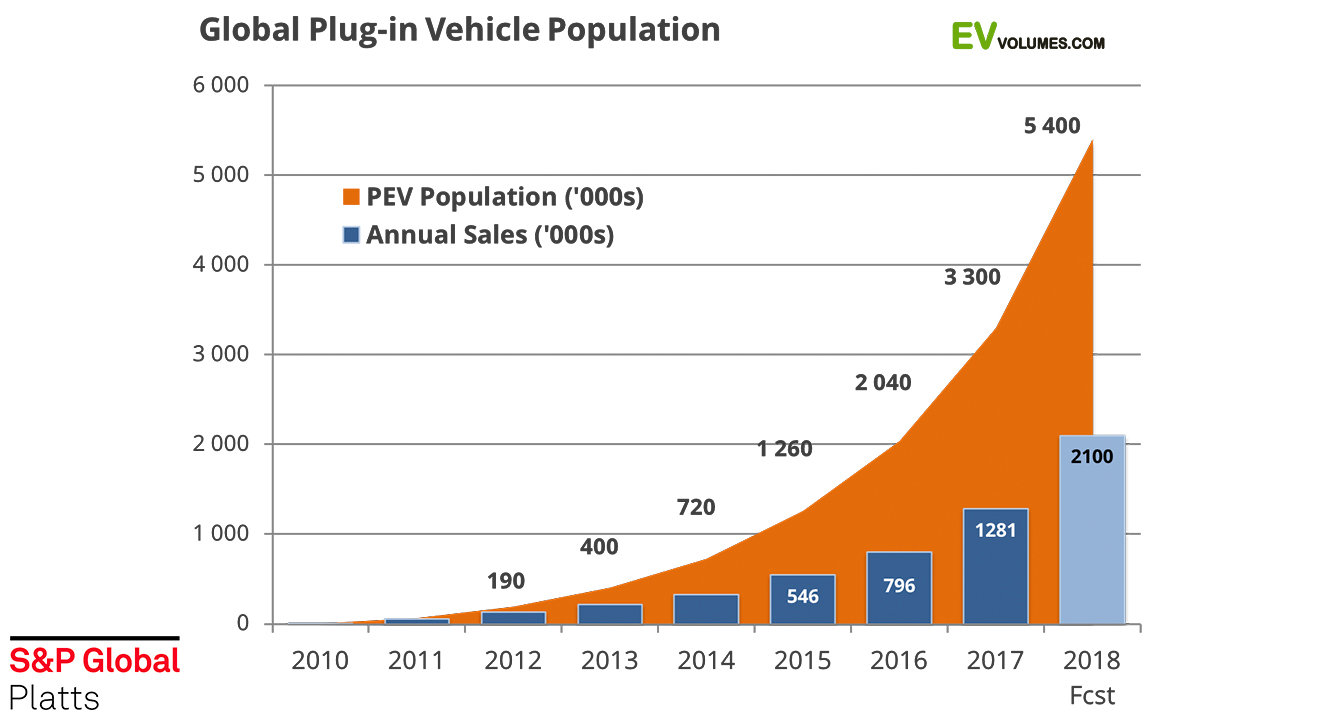 Global sales of passenger car electric vehicles (EVs) jumped by 63% last year to top 2 million units for the first time, helped by surging sales of plug-in EVs in the US, according to data provided by EV-Volumes.

A total of 2.08 million plug-in EVs were delivered to customers in 2018, or 2.2% of total car sales, EV-volumes data shows. Of the total, 1.45 million were pure electric EVs and the rest were plug-in hybrid models, it said.

While China continued to dominate the outright number of EV sales last year, in the US Tesla’s new Model-3 became the world’s best-selling EV of all time, boosting total US EV sales by 81% year-on-year, the data shows.

China remains the engine of growth for passenger EVs, and thus the location of most displaced oil demand. EV sales in China rose 76% on the year in 2018, to make up just over half of global EV total, with 1.17 million vehicles sold.

In November, the International Energy Agency raised its estimate for the number of electric cars on the roads in 2040, predicting that the expected 300 million EVs on the roads globally in 2040 will displace 3.3 million barrels/day of oil demand growth.

S&P Global Platts Analytics forecasts that plug-in EVs, including plug-in hybrids, will account for nearly half of global auto sales by 2040, displacing some oil demand as a transport fuel and expanding the role of the electricity sector.