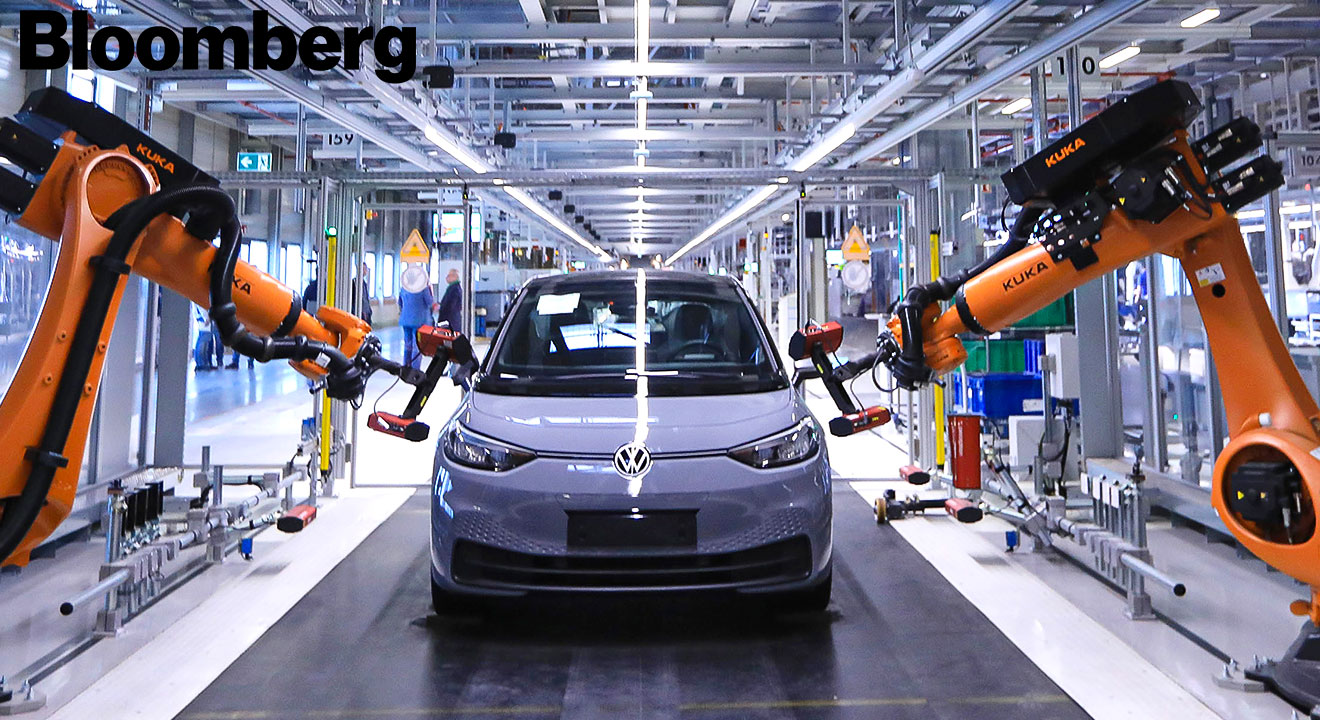 Chancellor Angela Merkel’s government and German automakers agreed to increase cash incentives for electric cars, intensifying an effort to move away from the combustion engine and reduce harmful emissions. A so-called environment bonus will jump by 50% to as much as 6,000 euros (US$6,680) per electric vehicle and the auto industry will continue to cover half the cost, Merkel’s chief spokesman, Steffen Seibert, said in a statement.

The changes will take effect this month and run through 2025, according to Bernhard Mattes, president of Germany’s VDA auto lobby.

“It will therefore be possible to provide support for another 650,000 to 700,000 electric vehicles,” Seibert said. The measures were agreed Monday evening in Berlin between Merkel and officials from automakers, parts suppliers and labor unions, including the chief executives of Volkswagen AG, BMW AG and Daimler AG.

The accord came a day after Merkel visited a revamped VW electric-car plant in Zwickau, eastern Germany. The chancellor has come under fire for failing to make more progress in curbing greenhouse-gas emissions, while VW — the world’s biggest carmaker — has invested billions in the shift to electric vehicles.

Merkel’s Climate Protection Program 2030, unveiled in September, targets as many as 10 million electric cars on German roads by that year, a goal that most automotive experts say is unrealistic even with generous subsidies. As of the start of the year, there were about 420,000 electric and hybrid-electric vehicles in a national fleet of 47 million, according to the the University of Duisburg-Essen’s Center for Automotive Research.

Merkel called the challenges facing the industry “a paradigm shift in mobility that has never been realized in automotive history.”

Germany is closing in on Norway for European leadership with sales of almost 53,000 all-electric cars this year, according to the KBA, or federal motor transport authority. Per-capita it remains far behind the smaller country, and it’s still unclear how many German customers will ultimately switch to electric cars in a country with a rich automotive heritage centered on combustion engines.

Subsidies make a difference because higher costs for development and batteries drive up the price of an electric car. VW’s ID.3, for example, will start at just under 30,000 euros, while the least-expensive version of the new combustion-powered Golf will be sold for less than 20,000 euros.

The government’s push to promote electric cars includes boosting the number of public charging stations to 50,000 within two years, Seibert said. Automakers will help fund 15,000 of the stations by 2022. BMW has said it will install 4,100 charging points at its German locations by 2021, with about half being open to the public.