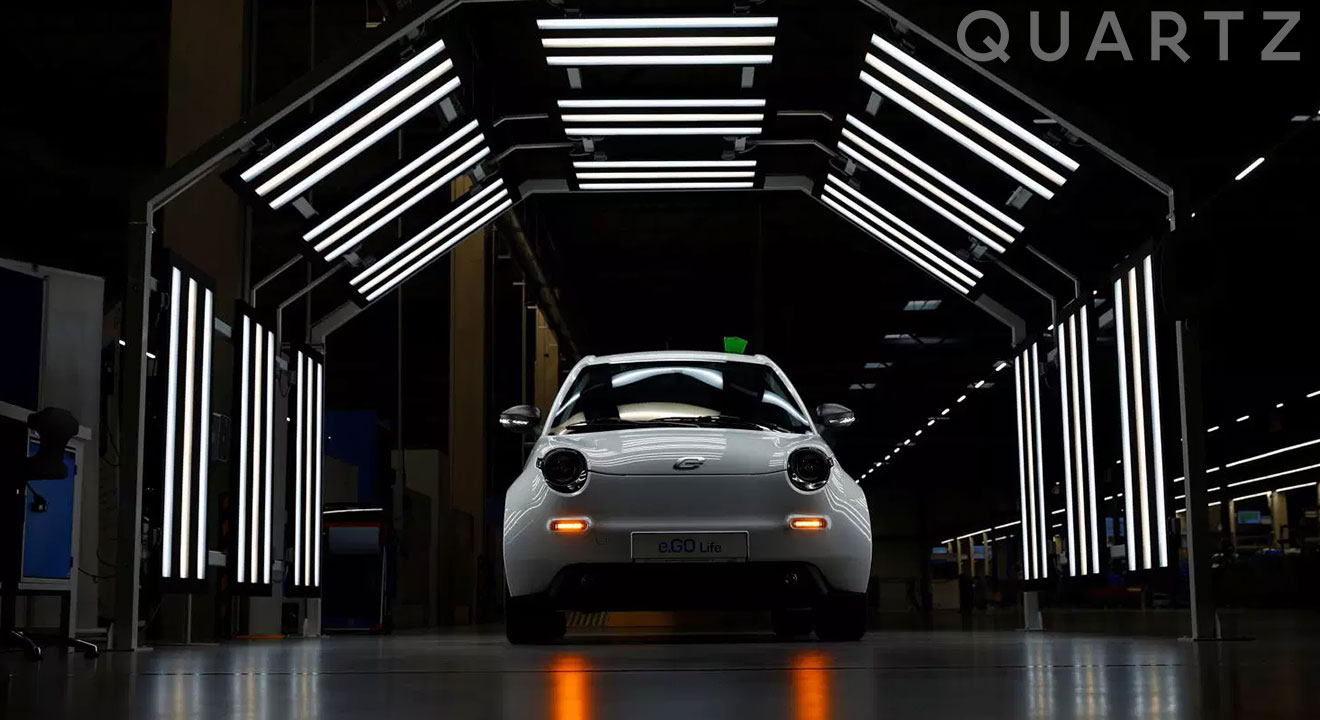 The biggest reason we hear so much about electric cars is because of the falling costs of batteries. Lithium-ion batteries today cost less than one-fifth as they did in 2010. Within the next five years, some experts estimate that the total cost of owning an electric car — that is, upfront cost plus lifetime fuel cost — will be lower than that of gasoline-powered cars.

In the race to make more batteries, Europe is beating the US with a little help from China.

An analysis of announced and committed investments shows that, by 2023, Europe will have more lithium-ion battery manufacturing capacity than the US. Europe is expected to increase its lithium-ion capacity from 18 GWh today — enough to make 300,000 fully electric vehicles (EVs) — to 198 GWh in the next four years. The US is only expected to grow its capacity to 130 GWh in the same period. And neither region will beat China, which is expected to reach 800 GWh by then.

In the 2000s, the US led the world in EV production and sales because of Tesla’s success and General Motor’s early bets. That means, in just a decade, the US lost the pole position to China and will soon lose second place to Europe. How did that happen?

China’s lead is easier to explain. In a bid to cut deadly air pollution and lead a new industry, the Chinese government identified two crucial technologies: electric cars and lithium-ion batteries. Between 2009 and 2018, the national and local governments went on to provide as much as $60 billion in direct and indirect subsidies, creating an industry that now manufactures and sells more than 1 million EVs each year. By 2015, China’s sales of EVs surpassed that of the US — and continued to accelerate.

The European story is less straightforward. During the 2000s, European car makers were happy to take the back seat and watch the electric-car show. The US had failed in the 1990s to build an electric-car industry, and the Europeans preferred to avoid the risk.

All that changed in 2015. In September, Volkswagen was caught using software in its diesel cars that lowered emissions readouts during laboratory driving tests. Then in December, 195 countries met in Paris to sign the first global climate agreement, which would require every sector of the economy to cut emissions. Both those events made it clear: It was time for European car makers to embrace a cleaner future in electric cars.

ARTICLE: QUARTZ | Europe is beating the US in the battery race — with China’s help