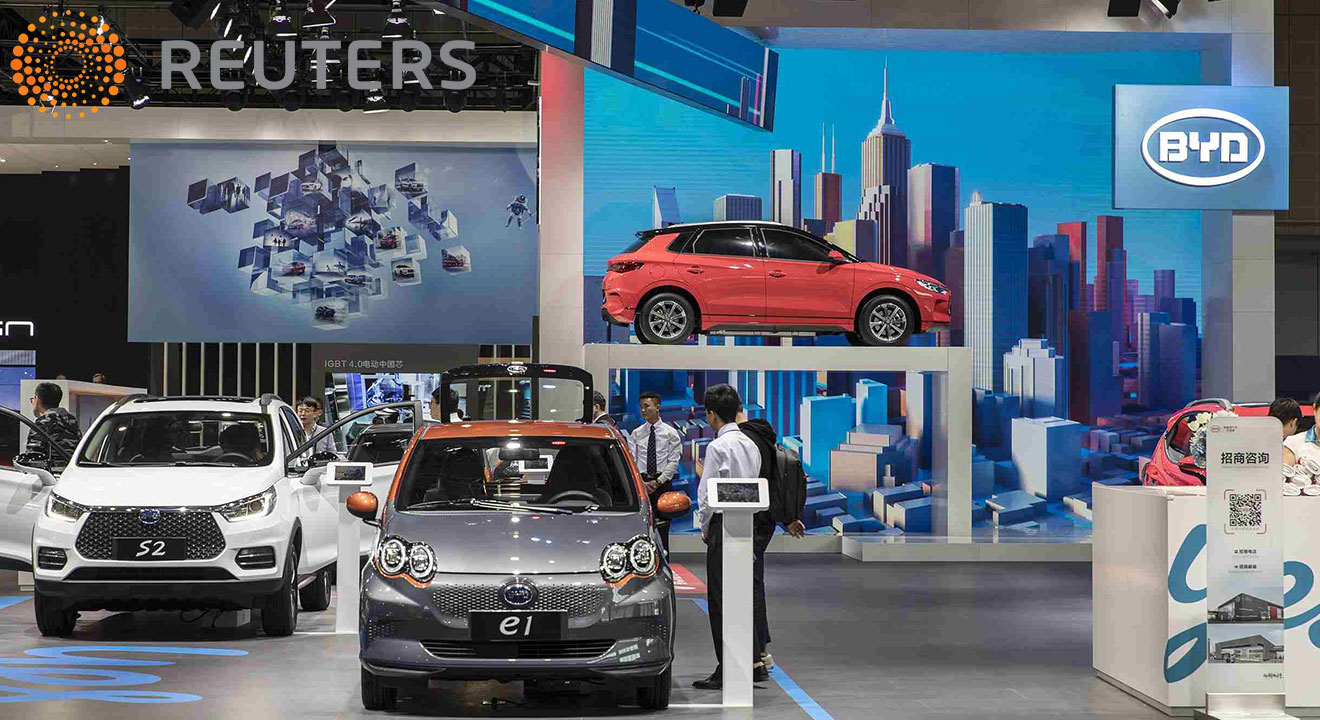 The Shenzhen-based car and battery maker, which has a joint venture with Daimler AG in China, said last month it expected first-quarter profit to rise by up to nearly 800 percent.

Profit surged to 749.73 million yuan ($111.4 million), up from just 102.4 million yuan a year ago, when its earnings fell sharply due to cuts to subsidies for electric vehicles.

“New energy vehicles are expected to continue to sell well in the second quarter, and new energy vehicle sales and revenues continue to maintain strong growth,” the company said in a stock exchange filing, adding that new passenger and commercial vehicle models will help boost revenue.

China’s market for electric cars is booming, but profits in the sector have been squeezed by fierce competition between established firms and rival startups, as well as moves by Beijing to cut subsidies for the market to improve product quality and standards.

The company sold 117,578 vehicles in the first three months this year, up 5.2 percent from a year earlier. BYD, whose popular models include its Tang-series electric cars, has said it aims to sell 650,000 vehicles in 2019.