Subscribe to the Orocobre Limited YouTube channel for all the latest video updates. Despite the challenging global lithium market coupled with a turbulent Argentine economy, 2019 has been another year of achievement for Orocobre Limited with the Stage 2 Expansion project at the Olaroz Lithium Facility achieving a number of... View Article 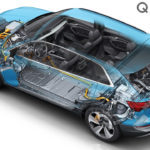 Electric cars had their biggest year ever in 2019, even as storm clouds gathered over their future. The numbers were huge. Automakers committed $225 billion to electrification in the coming years. Electric vehicles (EVs) grabbed 2.2% of the global vehicle market over the first 10 months of 2019 as a... View Article 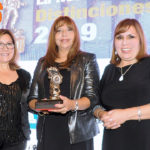 December 6, 2019 10:04 am Published by orifadmin Comments Off on SILVIA RODRIGUEZ AWARDED ‘2019 MINING WOMAN OF THE YEAR’ 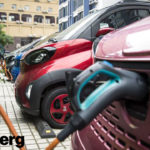 China raised its 2025 sales target for electrified cars as the government tries to spur an industry that’s showing signs of slowing down. The country wants about 25% of new cars sold by 2025 to be electrified, according to a draft policy published by the Ministry of Industry and Information... View Article

For all those who couldn’t attend the 2019 Annual General Meeting (AGM), Orocobre is pleased to share this video of both the Chairman’s and CEO’s presentations. 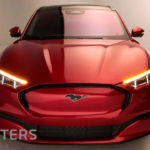 November 19, 2019 11:45 am Published by orifadmin Comments Off on Ford bets on an electric Mustang to charge its turnaround

The Ford Mustang Mach-E electric sport utility vehicle Ford Motor Co unveiled in Los Angeles on Sunday is more than another car for the storied automaker. The Mach-E has become within Ford a high-profile test for a restructuring that has been marred by profit warnings, costly quality problems and the... View Article 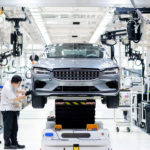 November 13, 2019 9:48 am Published by orifadmin Comments Off on The One Electric Vehicle Indicator That Only Goes Up 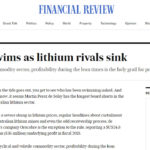 November 11, 2019 9:26 am Published by orifadmin Comments Off on Orocobre swims as lithium rivals sink

In a cyclical and volatile commodity sector, profitability during the lean times is the holy grail for producers and investors. When the tide goes out, you get to see who has been swimming naked. And right now, it seems Martín Pérez de Solay has the longest board shorts in the... View Article 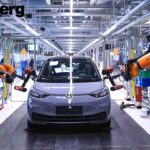 November 7, 2019 8:03 am Published by orifadmin Comments Off on Germany Boosts Electric Car Incentives to Stimulate Demand

Chancellor Angela Merkel’s government and German automakers agreed to increase cash incentives for electric cars, intensifying an effort to move away from the combustion engine and reduce harmful emissions. A so-called environment bonus will jump by 50% to as much as 6,000 euros (US$6,680) per electric vehicle and the auto... View Article 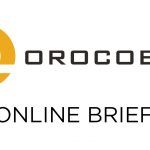 To listen to a recording of Orocobre’s latest audio webcast briefing, where Managing Director & CEO Mr. Martín Pérez de Solay discusses the Quarterly Activities Report for the period ended 30 September 2019, click on the media player below.