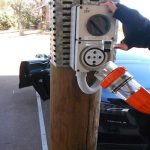 WESTERN AUSTRALIA: More than 70 electric vehicle (EV) charge points are set to be installed throughout rural and remote Western Australia, as the state’s largest retailer prepares for a not-too distant future where EVs are “ubiquitous” on the nation’s roads. The initiative, a team effort by Synergy and the WA... View Article

Click to view the Orocobre Corporate Video showcasing an aerial and up close view of our operations at Salar de Olaroz and Borax Argentina S.A., with an insight into Orocobre’s Stage 2 Expansion at the Olaroz Lithium Facility. 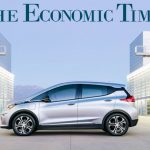 SHANGHAI: General Motors Co. plans to launch 10 electric and gasoline-electric hybrid vehicles in China by 2020, an executive said Friday, as automakers speed up the rollout of alternative vehicles under pressure from Beijing to promote the industry. GM will start production of a pure-electric model in China within two... View Article

April 8, 2017 12:15 pm Published by orifadmin Comments Off on Govt asks ISRO to share technology for manufacturing Lithium-ion batteries for vehicles

NEW DELHI: The government has asked Indian Space Research Organisation(ISRO) to allow interested players including from private sector to obtain the technology for mass production of Lithium-Ion batteries for electric vehicles. ISRO will now come up with a framework to make this process smooth. 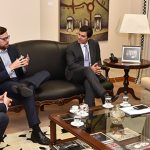 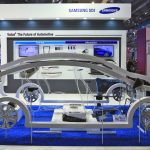 January 9, 2017 10:00 am Published by orifadmin Comments Off on Samsung EV battery offers 600km range with 20 minutes of charge

By the time 2021 rolls around, a number of major car makers will have a varied selection of electric cars available. Developments in battery technology will dictate the range and features that these cars can offer, but Samsung wants to give consumers a brief insight into what will be available... View Article 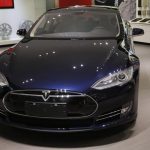 Tesla says in talks with BMW over car batteries, parts

November 24, 2016 12:37 pm Published by orifadmin Comments Off on Tesla says in talks with BMW over car batteries, parts 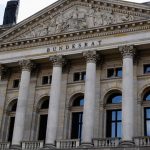 November 10, 2016 12:12 pm Published by orifadmin Comments Off on Germany’s Bundesrat votes to ban the internal combustion engine by 2030

The resolution is non-binding, but it’s still a powerful signal. Is the tide turning for the internal combustion engine? In Germany, things are starting to look that way. This is the country that invented the technology, but late last week, the Bundesrat (the federal council of all 16 German states) voted to... View Article 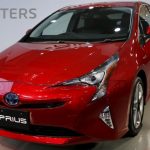 Toyota Motor Corp is looking at mass-producing long-range electric vehicles (EVs) that would hit the market around 2020, the Nikkei newspaper reported on Monday, in what would be a dramatic reversal in strategy for the world’s top-selling automaker. 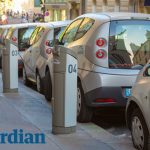 October 11, 2016 12:18 pm Published by orifadmin Comments Off on Plans for an electric car charging point in every new home in Europe

Every new or refurbished house in Europe will need to be equipped with an electric vehicle recharging point, under a draft EU directive expected to come into effect by 2019. In a further boost to prospects for the electric car market in Europe, the regulations due to be published before... View Article