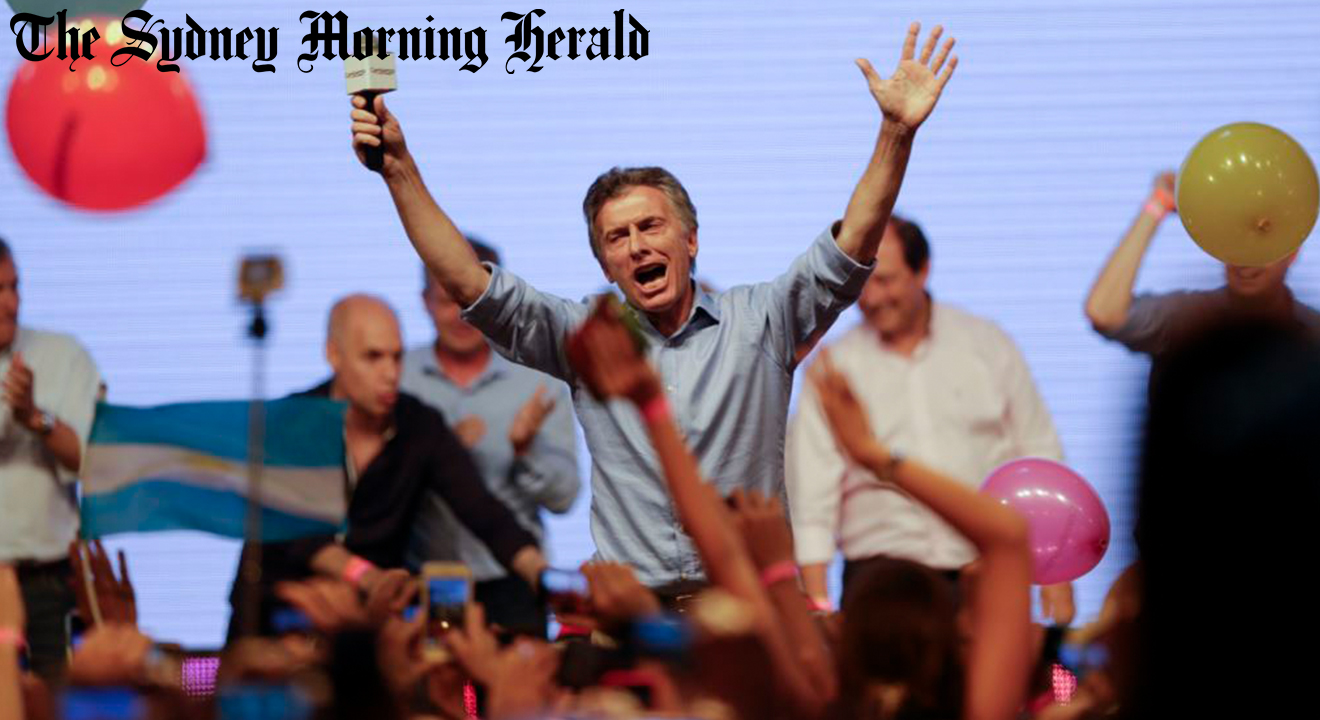 Buenos Aires: Argentina voted for deep change on Sunday, electing the centre-right opposition leader Mauricio Macri to be president in a decisive end to 12 years of leftist populism, setting the stage for economic liberalisation, a warming of relations with the US and political reverberations across Latin America. With more than 80 per cent of the run-off vote counted, the candidate of the ruling party, Daniel Scioli, conceded, saying he had called Mr Macri to congratulate him. At Mr Macri’s headquarters, Cumbia tunes boomed, balloons were released and supporters danced and cheered for “Macri Presidente.” Ernesto Sanz, a senator and ally, said, “Argentina won’t be the same starting tonight.”