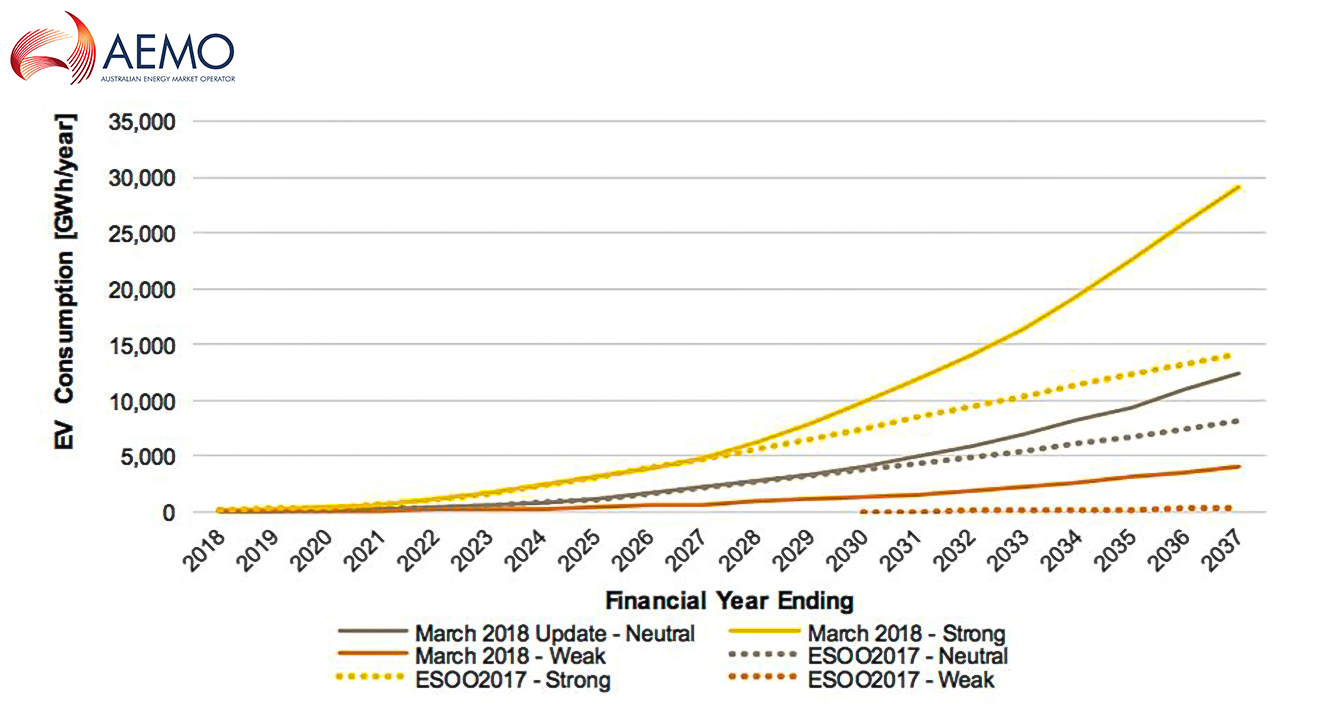 The Australian Energy Market Operator (AEMO) has effectively doubled its forecast uptake for electric vehicles in Australia, suggesting that within two decades they could account of more than half of Australia’s car fleet. The changes are reflected across all three scenarios – weak, neutral and strong – the most remarkable difference is in the “strong” scenario.

Just six months ago, AEMO was predicting 15,000 GWh of consumption from the grid from EVs. Now it is looking at nearly 30,000 GWh.

That’s around 15% of total demand on the Australia grid, and to extrapolate the significance of that number from previous predictions, it could mean that AEMO is expecting half the cars on the road in 2037 will be electric.

This latest update of nearly 30,000 GWh suggests that AEMO is now expecting 10 million EVs on the road by 2037 – an average of 500,000 a year between now and then. That would represent more than half the current small car fleet of 18.8 million vehicles.

FULL ARTICLE: AEMO has just doubled its forecast for EV uptake in Australia